Release date of patch 5.3 is released in the 64th FFXIV Producer Letter

The long-awaited release date is Tuesday, August 11, 2020, about a month later

The patch schedule after publication seems to be released at a pace of more than 3.5 months close to the interval so far

It is said that the delay of less than two months from June 16, which is the original release date, but safety first

The next producer letter LIVE will be held on Wednesday, July 22

The FFXIV Patch 5.3 Crystal Afterlight, originally scheduled for release on
June 16, has been postponed due to the new Coronavirus Infection (COVID-1
9) and is very sorry for all of the players who were looking forward to it.

While both the development, management, and QA teams were forced to work from hom
e, we were able to rebuild our development structure and finally finalize the patch release schedule.

“Somehow to release in July…”, but we have continued development packed to the last minute,
the second edition of the 24-person raid “YoRHa: Dark Apocalypse” and the player participation scale of the second act of Save the Queen “Southern Bozya Front” is large, i
t took time to build the system in order to thoroughly conduct this debugging and coordination.

Although development can now be carried out in their respective home environments, large-scale verification by the QA team is inevitable for multi-person participation within the company.
Therefore, it was necessary to prepare a verification environment that adhered to social distance when considering the safety of the staff.
As a result, there was a delay of less than two months from June 16, which is scheduled for the initial release.
We are very sorry, but we would appreciate it if you could understand.

Although the fight against the new coronavirus infection is still in the middle of th
e road, the development, operation, and QA teams have built a home-centered working environment in less than two months.
As a result, patch schedules for patch 5.3 and later will be relea
sed at a pace of just over 3.5 months, close to the previous interval.

It’s still going on, but check the official website for more!

1)Hi everyone, This is Yoshida, Final Fantasy XIV Producer and Direc

tor.The FFXIV Patch 5.3 “Crystal Afterglow,” Originally Owned to Be Released on Jun
e 16,Due to the Influence of the New Coronavirusfall (COVID-19), the release of the products We apologiz
e for the inconvenity to the players who have been looking forward to it. While the

Development Team/Operation Team/QA Team Are Forced to work from home,After R
ebuilding the Development System, We Were Finally Able to Finalize the Patch Release Schedule. FF

“I managed to release it sometime in July…”
The 24th player raid, “YoRHa: Dark Apocalypse,” the second installation, and the second act of the save, “The Southern Bozya Front,” have larry player Partication,Si
nce This Debuging and Adjusting Are Thoroughly Performed, It Takes Time to Build the System. Alt

aught Development Can Now Be Performed in Each Home Environment, large-scale verification by the QA team inevitably requirements a large number of particles of particles with the
company. Therefore, consider the safety of staff, it was a safety to prepare a approval environment that protected the social distance.
As a result, there was a delay of less than two months from the originally scheduled release of June 16.
We apologize for the incontenence, but we wouldn’t appreciate your understan

ding. Althogh the Fight Againt the new cornavidas injection is still in the middle of the
road, the development/operation/QA teams have built a solid work environment centered on the home within the last
two months. Partly cause of that, for patch schedule after
patch 5.3,we plan to release it at a pace of more than 3.5 months, which is close to the in
t
erval so far…Unforuntely, I don’t think I can recover the stretch of the stay. If You Try to Push Forward t
he Schedule of Patch 5.4 or Later In Order to Register That Period,You Have No Choice But
to Reduce the Content Volume, Which Will Debut the Quality of the Major Patch Itself. Razor, I think that
the greatest apartment is that we have built an environment where development and operation can be continued from anywhere in Japan or anywhere in the world. We Believe That
Rebound on the Quality of Future Patches and Expansion Packages Is Positive in the Long Run. Aso, FFXIV is

also made to repeat stories like a TV drama series,And since the
plan is completed in sever years, I do not dare to reduce the number of majors of the books, I wo
uld like to continue to proceed firmly as originalized. Again,

the pace of the patch release schedule after this isPleas
e be susured that it will return to almost the convention one. Well

arting this month, vanus adventures have started and interviews have been posted before the producer letter LIVE. Pat
ch 5.3 It Will Be One Month That Special Site Will Be Released and Information Will Be Released More and More. Th
e Next Producer Letter LIVE Is Scheduled to Be Cold on Wednesday, July 22.
We will deliver it in full content, so I hope you have a patience for another month until the patch rele

ase! Last but not least, we received a lot of support from many players during this
time. Ofcourse, I would like to take this opportunity to thank everyone who has been used their neck and waited for the patch. Thank you

! Aso, in order not to take a step in the fight again this virus, always to develop positive,I w
ould like to give my utmost respect to the FFXIV team who committed the home environment and Continued Development and Operation. Th
ank you everyone! T

Patch 5.5 special site update The items added this time are the main que, new ID, and Wellito campaign, which are al... 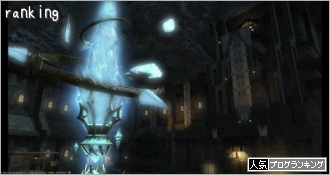